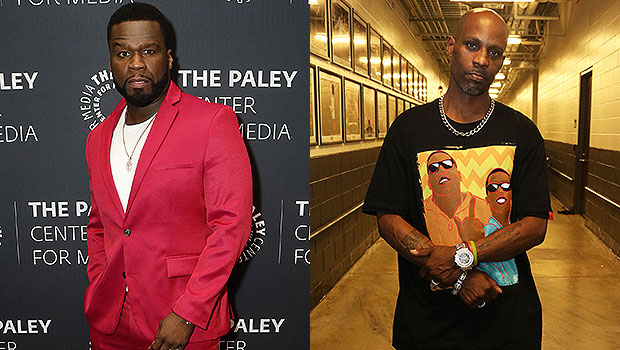 50 Cent is furious with record executive and Murder Inc. co-founder Irv Gotti for claiming in a radio interview that his former business partner DMX suffered a heart attack stemming from a “bad dose of crack.” The rapper — real name Earl Simmons — died at a White Plains, NY hospital on Friday, Apr. 9, one week after suffering a massive heart attack at his home. Fif called Irv an “idiot” for making his claims that DMX’s condition was caused by crack laced with the highly potent synthetic opioid fentanyl.

Fiddy — real name Curtis Jackson III — posted the audio clip of Irv making the statement to his Instagram page on Thurs. Apr. 29. The Power executive producer wrote in the caption, “This guy is a idiot, did he just say DMX died from smoking crack and fentanyl! why would he say that?”

Gotti, who signed DMX to Def Jam Records in the 1990’s, said in an Apr. 23 interview with 107.5 WGCI in Chicago, “When he got to the hospital, he got diagnosed with COVID and he couldn’t breathe — you know that COVID messes with your respiratory system — so that’s why he had to get hooked up to the ventilator. But they said before he did, they was, ‘His brain died.’”

For Irv — real name Irving Domingo Lorenzo Jr. — he never wanted to see 50-year-old DMX living in a vegetative state. “Once they said that, I was like, ‘I don’t want to see X like that,’” Gotti explained. “I said, ‘If he comes back, I want him to come back and be X. If he’s gonna be brain dead and a vegetable, I don’t want to see him like that,’ you know what I’m saying? I think when it got down to it, he couldn’t survive without being on that machine. He’s gone.”

Irv said that he was “at peace” with the fact that DMX was “with God now. He’s such a spiritually connected person that all the wrongdoings he may have done are gonna kind of be forgiven. I just feel like he’s up there, he’s at peace and he’s not fighting no demons no more and he’s in a better place. When I die, I’ll see my man again.”

50’s fans were divided about his Instagram post nearly a week after Irv made the claims. Several trolled the mogul for not even posting originally about DMX’s condition when he was hospitalized, or his passing. Follower @jm_bk2 told him, “Fif ain’t say nothing else bout Dmx but he gon post this,” while  @r.e.v.o. called out Fiddy, commenting, “You ain’t post sh*t about DMXs passing, but you wanna post this sh*t up Fif?” Fan @sharin_cuzzos accused him of wanting attention, writing, “When you looking for any reason to start trending.”

But others thought it best to leave the drug talk out when it came to mourning DMX. Follower @jnotes20xx commented, “Wrong or right is not his place to comment on that man’s death,” and @ton_makla added, “It doesn’t matter how he passed. He is still a legend!!!! of the iconic rapper, actor and songwriter.