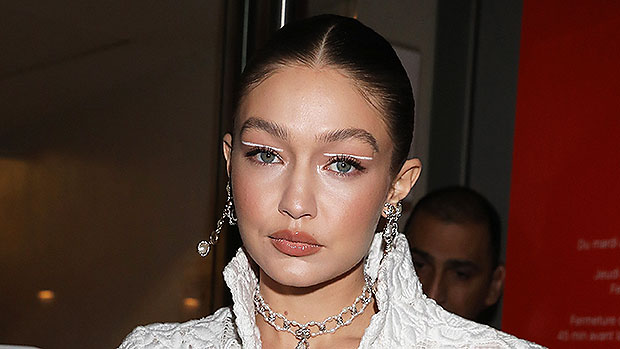 Gigi Hadid enjoyed a 26th birthday party with a group of loved ones, including boyfriend Zayn Malik, as many close family and friends celebrated her with sweet messages on Apr. 23.

Gigi Hadid turned 26 on Apr. 23 and it definitely didn’t go unnoticed! A large amount of birthday tributes for the popular model turned up on social media throughout the special day and they helped her to relive some of her most memorable moments. Her mom Yolanda Hadid, 57, and sister Bella Hadid, 24, led the pack with adoring Instagram pics and messages and celeb pals like Blake Lively, 33, and Olivia Culpo, 28, didn’t hesitate to add their own.

Yolanda shared a series of throwback photos, including one that showed her and her oldest daughter kissing each other and another that showed them smiling and posing with a horse. She also shared more recent pics of the two of them at the end of the post.

“Happy birthday to you my sweet Angel….. I have always been so very proud of the young woman you grew up to be every step of your life time but watching you give birth and become a mother yourself has given ‘Proud’ a whole other meaning….,” the doting mom wrote in the caption of the post before mentioning Gigi’s seven-month-old baby girl Khai. “You are extraordinary!!! Thank you for giving me this greatest gift, I wasn’t sure how to get by without my mamma but loving Khai awoke a part in my heart I never knew existed. #HappyBirthday #Gigi.”

Bella also shared a number of throwback photos with her big sis along with a loving message. “I wouldn’t be able to do this life without you @gigihadid. Thank you for all that you have taught me and for always supporting me the way you do. Happy Birthday bestie. I love you so much,” the message read along with an emoji of a heart.

Blake’s birthday shout-out consisted of a cute pic of her and her husband Ryan Reynolds, 44, happily sitting and posing with Gigi as well as a dancing video of the blonde beauty. “Happy Birthday @gigihadid…I think you and I make a much better couple,” she joked in a caption she included over the pic. In the clip, Gigi was busting moves at a concert and looking like she was having the time of her life. “Too bad you’re just super hot and no fun at all,” Blake cheekily wrote over it.

Olivia’s tribute included an entertaining video of her and the birthday girl lip singing to a song while dancing in a room with drinks and food. “Love you so much and will still start a girl band w you if you’re down,” she wrote in the caption along with three red hearts.

Hailey Baldwin, 24, also took to Instagram to wish Gigi a Happy Birthday with a cute black and white pic of the two of them. She was giving a kiss to her on the outer edge of her cheek while Gigi had her finger up to her mouth in a gesture meant to advise others to be quiet. “happy birthdayyyyyy to the most beautiful @gigihadid,” she wrote along with a black heart.

In addition to the many birthday tributes, an Instagram video, which can be seen above, that was posted by partygoer Laura Polko showed Gigi’s boyfriend Zayn Malik, 28, bringing a piece of cake with lit candles out to his lady love as a group of people gathered around him in a room and in an outdoor patio area. The lovebirds were also spotted getting grilled cheese with Bella at a truck outside Gigi’s apartment, where the party took place.