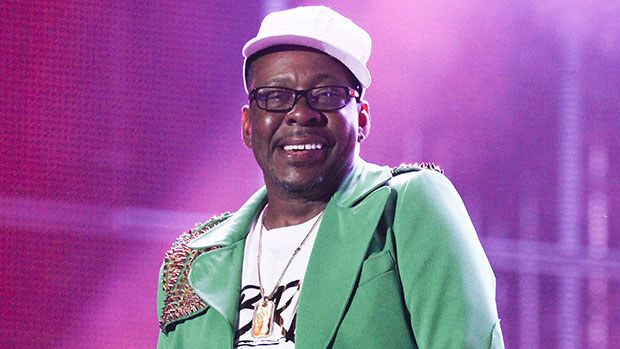 Bobby Brown was revealed as the Crab on ‘The Masked Singer.’ He spoke EXCLUSIVELY with HL about why show meant so much after a tough year, that scary moment on stage, and more.

During The Masked Singer’s double elimination, the Crab was unmasked and revealed as singer Bobby Brown. HollywoodLife got the chance to speak EXCLUSIVELY with Bobby ahead of unmasking, and he explained that his kids are the reason he did the show. “My kids, myself, and my wife sit every Wednesday and we watch The Masked Singer,” Bobby told HollywoodLife. “It’s part of our Wednesday night television time. I just felt that I could surprise my kids by being one of the people in the costume.”

Bobby sang a number of hits, including Phil Collins’ “In The Air Tonight,” Rick James’ “Give It To Me Baby,” and Bill Withers’ “Ain’t No Sunshine.” The past year has been a difficult one for Bobby. His 28-year-old son, Bobby Brown Jr., was found dead at the age of 28 in November 2020. His son’s autopsy later revealed he died from the combined effects of alcohol, cocaine, and the opioid fentanyl. The Masked Singer was a bright spot for Bobby amidst the sadness.

“Just being able to have fun these days is everything for me and just seeing the look on my kids’ faces when they see me revealed and knowing that they were right and seeing how happy they are that I did do it,” Bobby said. “It was so much fun to be able to get out of the house for a little while during the filming of it. Because of COVID I was not really working at all, but being able to come out for Masked Singer was everything to me.”

During a previous episode, Bobby had to be rushed off stage in his Crab costume and yelled at producers to help him take off his costume. Bobby revealed what was going through his mind at that moment. “I couldn’t breathe,” he said. “I was panicking. I didn’t know I was so claustrophobic. I knew I was afraid of heights, and I’m afraid of different things, but I didn’t know I was claustrophobic.”

After cooling off, the Crab returned to the stage and continued on in the competition. Despite the hiccup, Bobby enjoyed the Crab costume. “There are a lot of layers to this costume. It restricted me from being Bobby,” Bobby told HollywoodLife. “So that was the good part, you know? On the show, you’re supposed to act like it’s not you. Because of the costume, I couldn’t dance, I couldn’t move the way I would normally move. That part was the good part because I couldn’t move the way I would normally move around. Not many people would guess that I would not dance to Rick James. I would have done a lot more to Rick James moving around instead of moving around stiff on stage.”

Jenny McCarthy’s streak of right guesses continued with Bobby, which didn’t surprise the New Edition singer at all. “Jenny knows my voice. Of course, she’s married to Donnie, and Donnie and I are close friends. There’s a reason why she probably would guess quicker than everybody else,” Bobby noted.