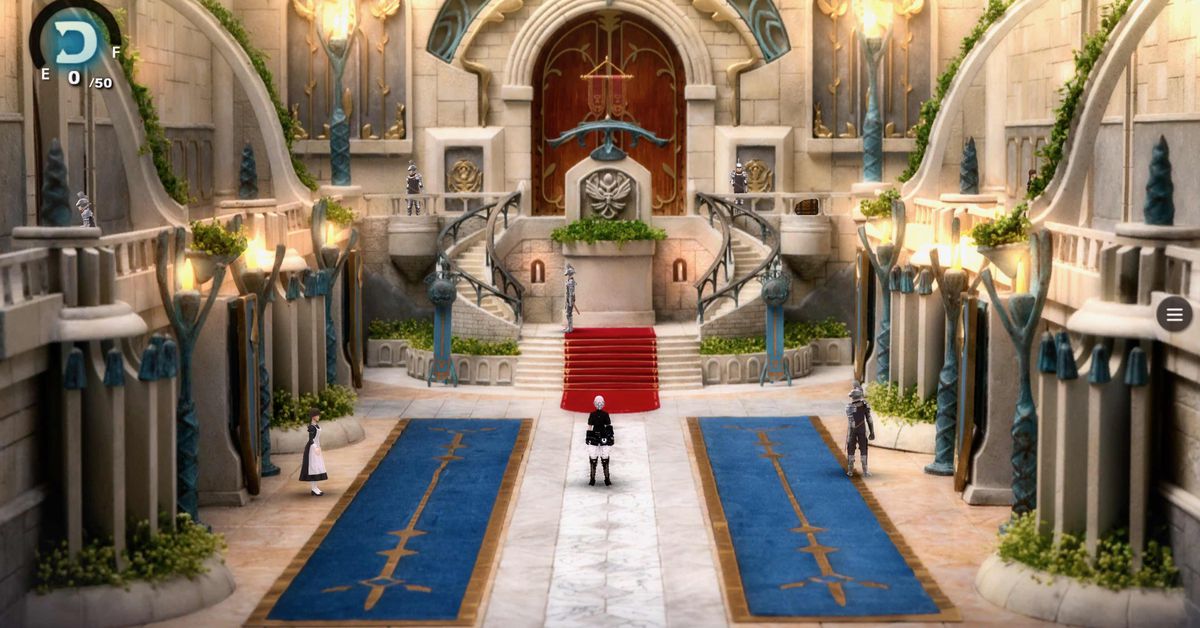 When Fantasian, a beautiful roleplaying game from Final Fantasy creator Hironobu Sakaguchi, first debuted on Apple Arcade, it wasn’t actually the full game. Instead, it was described as the first part of a longer story. Now the conclusion to that story is almost upon us: part two of Fantasian is launching this Friday, August 13th as part of Arcade’s weekly update.

According to developer Mistwalker, the second half features “anywhere between 40 to 60 hours for players to experience.” It also introduces 50 new handcrafted vistas to explore, along with 34 new songs from famed composer Nobuo Uematsu. (His work on the game is also currently streaming on Apple Music.)

In a statement, Sakaguchi said that:

The release of Part 2 of Fantasian marks the completion of the saga. It ended up being, rather unexpectedly, about twice the volume of Part 1 and is more quest-driven, giving players the ability to progress through the world at their own pace. Boss encounters are even more unique than before. On behalf of all the dev team members, diorama artisans, and musical talent including Uematsu-san — I think we can safely say that we left nothing on the table. We have carefully sculpted the experience preserving the ‘warmth’ of the dioramas with every attention to detail. I encourage everyone to experience this mysterious ‘emotional’ energy, which is at the very heart of Fantasian.

Alongside Fantasian’s big update, Apple’s gaming service will also get a brand-new game on Friday called Wurdweb. It’s described as a “relaxing word puzzle game,” and it was co-developed by Aran Koning (part of the Sokpop Collective) and Adriaan de Jongh (best-known for his work on Hidden Folks).