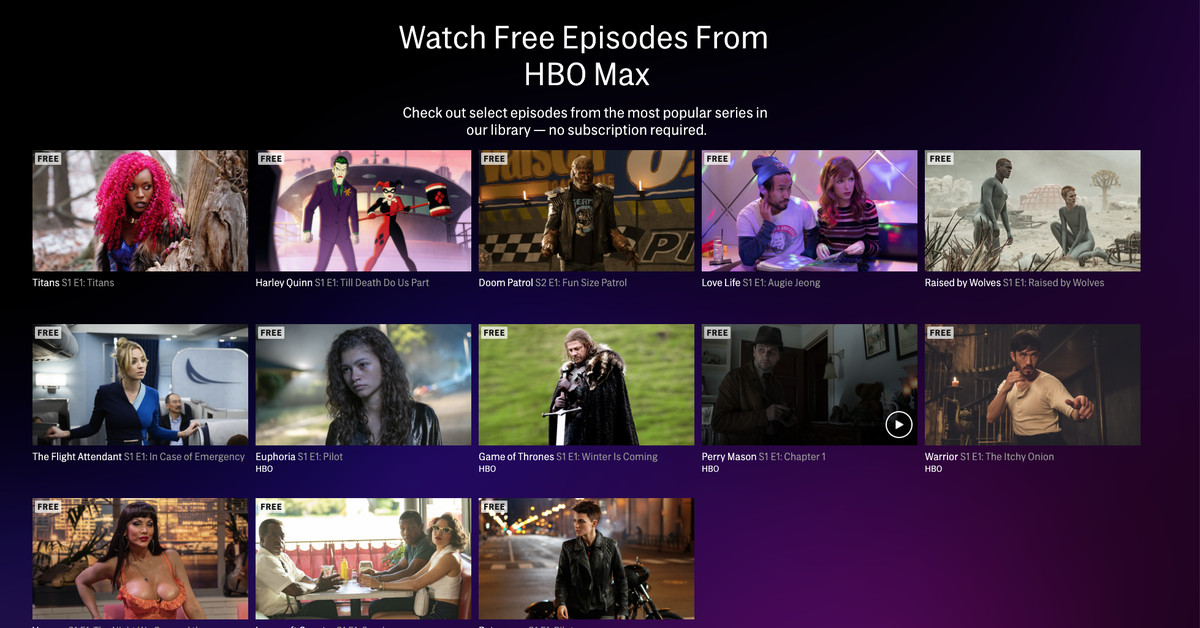 HBO Max is offering free episodes to potential new subscribers in-app and free of charge so they can take its more popular series for a test drive before committing to yet another streaming service.

The company announced that, starting today, new viewers mulling a subscription can watch a selection of 13 pilots from HBO and HBO Max without having to sign up for the service. Normally, subscribers would pay $10 per month for HBO Max’s ad-supported tier or $15 per month to go ad-free and get special perks like 4K streaming and day-and-date releases for Warner Bros films. (HBO Max does not currently offer a free trial.) The full list of series whose pilots can be streaming for free is as follows:

The freebies for potential users will hit the service today, and the company said that new episodes would be swapped in and out “periodically.” The feature will be available on all of HBO Max’s device partners, including Xbox, Amazon Fire TV, Android TV, Android, iOS, iPad, Apple TV, Chromecast, PlayStation, Roku, Samsung, and, as of today, LG smart TVs.

The introduction of teaser episodes to potential viewers expands HBO Max’s initiative to teasing its content to viewers who may not already be subscribed to the service. Last month, the company launched a group watch tool to allow Snapchat users to stream pilots directly through the app for free. Netflix, which also no longer offers a free trial, has similarly teased its content to prospective viewers in the past by sharing it on YouTube. HBO Max’s free content slate can be found right here.