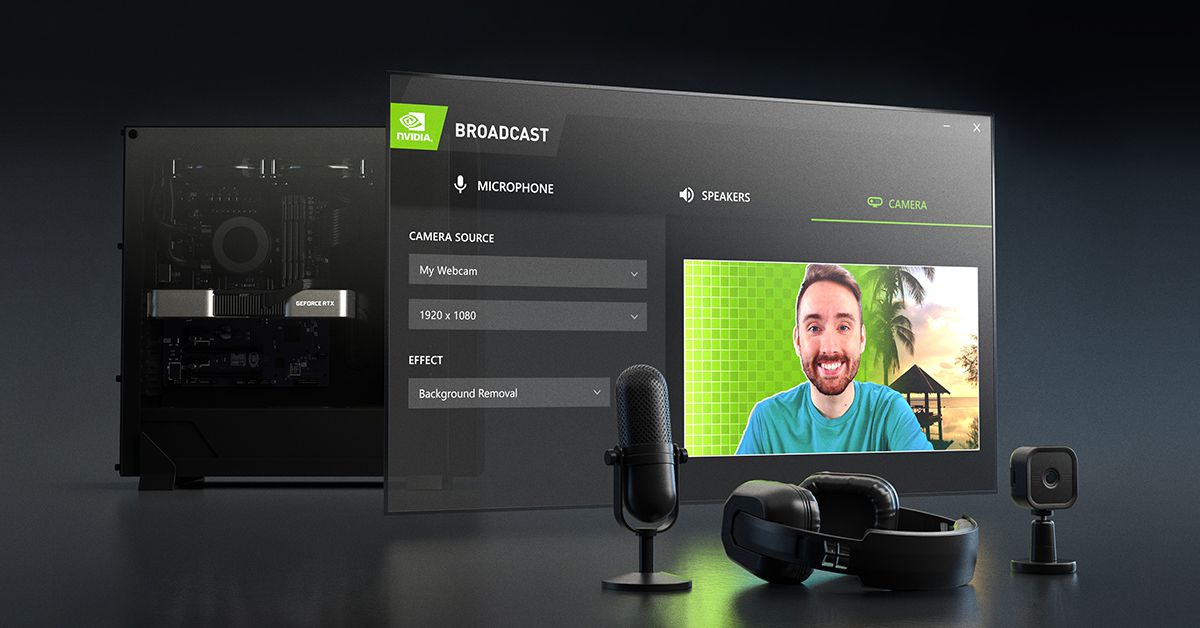 After 17 years, billions of newly hatched cicada nymphs are burrowing up from their earthen lairs right now to party. They will molt, sing, and mate like a society emerging from pandemic with a biological drive to preserve the species. It’s going to get messy and it’s going to get loud… unless you’re using Nvidia Broadcast which is being updated to filter out the sound of cicadas.

Nvidia has been successfully filtering out unwanted background noise from microphones for more than a year now, with impressive results. The latest Nvidia Broadcast 1.2 update now adds profiles to better isolate the sound of cats, dogs, and insects. If thousands of cicadas start emerging in your backyard this week, Nvidia has a profile ready to filter out the lawnmower-like chorus and save your daily Zoom calls.

If you’re lucky to live outside the 15 states where cicadas are rising up, there are some other additions in Nvidia Broadcast 1.2 that will also help with background noise. If you’ve been stuck working from home in an echoey room for the past year, Nvidia says that the latest update will also improve the sound of your voice in rooms with poor acoustics.

Nvidia Broadcast isn’t just all about audio and cicadas, though. Nvidia is also tackling video noise from lower quality webcams that people have been dusting off during the pandemic. This static removal is a beta feature in this update, but it should help improve low-light video calls to generate a cleaner image.

Hopefully this latest update also irons out some bugs that we’ve experienced with Nvidia Broadcast. While the noise removal features work well, the app itself has a tendency to not always work correctly with webcams, crash, or need to be reinstalled.

Nvidia Broadcast’s voice filtering capabilities, known as RTX voice, are available on any GeForce, Quadro or TITAN GPUs. You can download the latest update from Nvidia’s site.