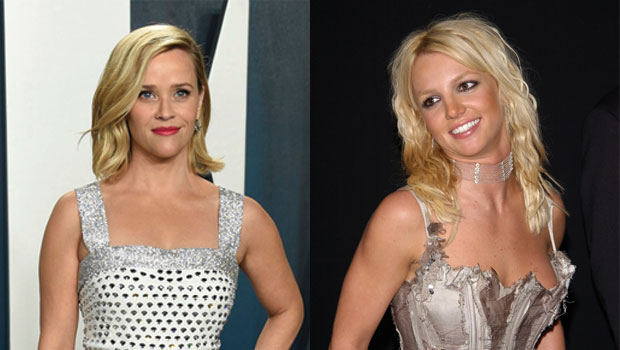 Britney Spears and Reese Witherspoon were both stars by their teenage years, yet the Oscar winner reveals why she thinks the media treated her well while portraying Brit ‘badly.’

Even though they worked in different professions, actress Reese Witherspoon, 45, and singer Britney Spears, 39, had some very similar life parallels as they rose to stardom at the same time. Yet the way the media treated the two women in their younger years was completely the opposite. Reese is explaining how she was considered a “good” girl by the media, while Britney got lumped in as “bad,” with the likes of then-hard partying Lindsay Lohan and Paris Hilton, the Big Little Lies star tells Time magazine.

“What if the media had decided I was something else? I would be in a totally different position,” she says of her ascension from acclaimed teen film actress to full on respected movie star by the time she was an adult. “I want to say it’s my decisions or the career choices I made, but it felt very arbitrary. And kind of sh***y,” about how cruelly the media treated Britney, while Reese was shown a higher regard.

Both ladies broke big in 1999. Reese received widespread critical acclaim for her role as ultra ambitious teen Tracy Flick in the high school drama Election, as well as starring as Annette in Cruel Intentions, the iconic teen-retelling of Dangerous Liaisons. That same year Britney released her debut album ….Baby One More Time, with the title song and legendary music video propelling her to almost instant superstardom.

In 2001, Reese transitioned out of teen roles with the comedy smash Legally Blonde, establishing her as a legitimate leading lady and box office draw. That year saw Britney drop her third studio album that included the smashes “I’m A Slave 4 U,” “Overprotected,” and “Not A Girl, Not Yet A Woman.”

Both women also married young. Reese was only 23 when she wed fellow actor Ryan Phillippe in 1999. Britney was the same age when she tied the knot with dancer Kevin Federline in 2004. But by that point, the singer had become a  media target for her 2002 breakup with Justin Timberlake. He pretty much accused her of cheating in his video for “Cry Me a River,” featuring a Britney look alike brazenly stepping out on him. Britney had also taken heat for what some said was her sexualized image, which included her infamous dance onstage with a snake in a super sexy outfit to “I’m A Slave 4 U” at the 2001 MTV VMAs. The vicious media treatment of Britney was highlighted in the Feb. 2021 New York Times Presents documentary Framing Britney Spears.

While Britney received relentless paparazzi attention and negative press, Reese said she was still a target of photographers. Both women went through divorces in 2006 and each had two young children at the time. The Wild star recalled how she was followed to such tame locations as “to church, to school, to soccer practice” and that an RV parked outside of her house for a time trying to get photos into her home.

“My children will tell you stories about being in preschool and people climbing on the roofs of our cars,” she says of the attention she received following her split from Ryan. But Reese also considers herself lucky that all of the times that the paparazzi filmed her screaming at them with their cameras in hand, it “never stuck” to her “reputation” as it did with other famous stars. As both an actress and a savvy producer, Reese is now one of the most respected women in Hollywood.