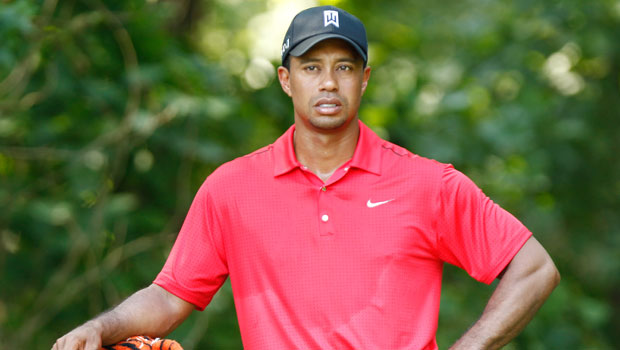 Bouncing back! Tiger Woods was all-smiles as he went for a outdoor stroll with his crutches just 2 months after his terrifying car crash.

Tiger Woods, 45, appears to be in good spirits in his first photo since his near-fatal car crash in February. With a leg brace and crutches, the athlete returned to the golf course on Friday, April 23. Tiger flashed a big smile from the seemingly tropical location as he posed along his “rehab partner,” who just happened to be his dog Bugs. “My course is coming along faster than I am,” he wrote with a smiling emoji. “But it’s nice to have a faithful rehab partner, man’s best friend,” he added, giving a nod to the adorable border collie he adopted in 2015.

The uplifting post comes just two months after the the a “single-vehicle roll-over traffic collision on” Feb. 23 near Rancho Palos Verdes that nearly cost him his life. His 2021 Genesis SUV rolled down an embankment in California, severely damaging the vehicle per post-accident photos. In videos, his car could be seen traveling uphill behind a grey minivan on Hawthorne Blvd. at 7:05am, which was about five miles from the location of the accident.

After the crash was called into 911, Los Angeles firefighters and paramedics extracted the golf legend from the wreck using the “jaws of life” and he was transported to Harbor-UCLA Medical Center for surgery. Tiger suffered injuries of both of his lower legs, in addition to a shattered ankle and compound fracture. In a statement, it was confirmed he suffered “significant orthopedic injuries to his lower right extremity (leg) that were treated during emergency surgery by Orthopedic trauma specialists,” and was awake and responsive following the procedure.

His girlfriend Erica Herman could be seen paying a visit to the hospital on Feb. 24. Days after the surgery, Tiger took to social media to thank his millions of fans for support. “It is hard to explain how touching today was when I turned on the TV and saw all the red shirts,” Tiger wrote via Twitter. “To every golfer and every fan, you are truly helping me get through this tough time,” he added, clearly overwhelmed by the positive messages and well wishes. On March 16, Tiger confirmed he was back home and continuing his “recovery,” which would include muscle rehab. “I will be recovering at home and working on getting stronger every day,” he wrote.

On April 23, California native appeared to be standing on the first public golf course he’s designing. Called Payne’s Valley, the majestic course is nestled in the Ozark mountains in Ridgedale, Missouri. The course is set to be both championship-caliber and family-friendly with 18 holes.