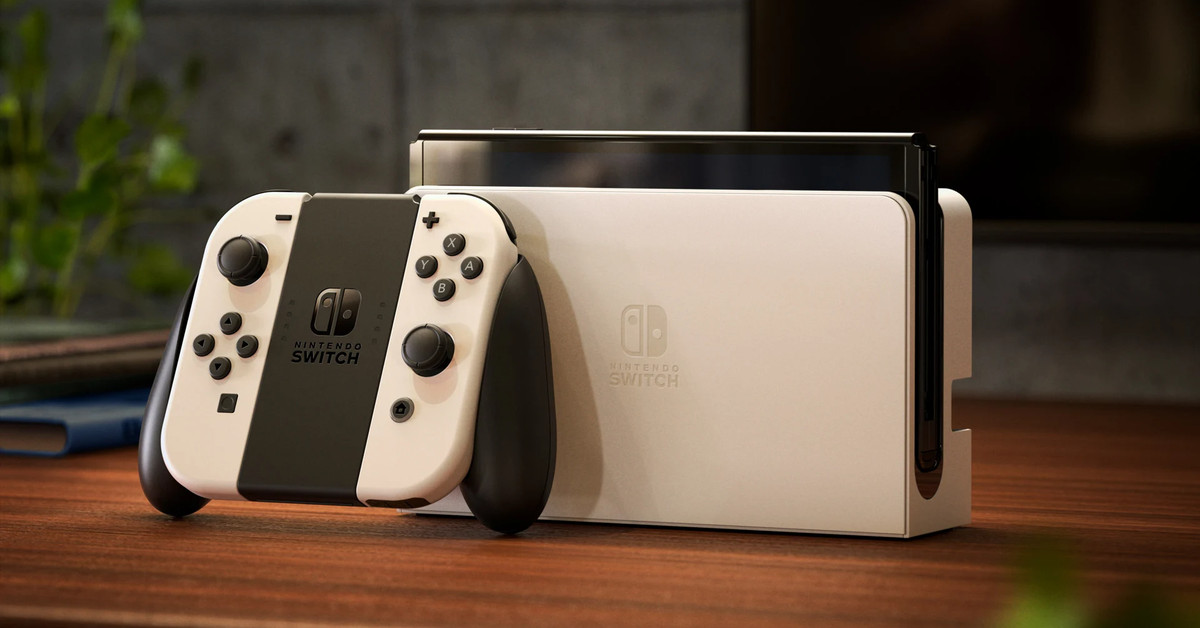 After months of speculation and a sea of rumors, Nintendo officially announced the next iteration of its popular gaming console: the Nintendo Switch OLED model. The upcoming device serves more as a midlife update than anything else, a refinement of the 2019 model as opposed to the more powerful “Switch Pro” that was rumored (and may still launch).

On sale for $350 starting October 8th, the aptly-titled Nintendo Switch OLED model is the next iteration of what has become one of the best-selling consoles over the last two years. It’s outfitted with a 7-inch 720p OLED display, a new dock with a wired Ethernet port, and an improved kickstand that seems to take a cue directly from Microsoft’s Surface Pro tablets. It also offers 64GB of built-in storage, up to nine hours of battery life — the same as the current Switch — and features “enhanced audio” for handheld or tabletop play. Sadly, despite persistent rumors of 4K support, the OLED model only supports 1080p resolution when docked. Apparently, Bluetooth support and an improved CPU will also have to wait.

Still, the OLED model has plenty to get people excited, including our own Alex Cranz. It plays all the same games, supports the original Joy-Cons, and ships with a sleek black-and-white finish reminiscent of next-gen consoles like the PlayStation 5 and Xbox Series S. It will also be available with the red and blue Joy-Cons, if you prefer the original model.

Where to buy the Nintendo Switch OLED model

If you’re looking to get your hands on the OLED-equipped Switch at launch and get ahead of what might be yet another console shortage, you’re in luck. Right now, you can preorder the white iteration of the forthcoming console for $350 at Walmart, Best Buy, and Gamestop, though the latter is only currently available to Pro members. Preorders began at 3 PM ET / 12 PM PT today, and will likely sell out.

If you’re more of a traditionalist, you can also preorder the red-and-blue model at Walmart, Best Buy, and Gamestop, if you’re a Pro member, though neither configuration is expected to ship until the Nintendo Switch OLED model officially goes on sale on October 8th.

The recently-announced Nintendo Switch OLED model may not be the long-awaited “Switch Pro,” but it manages to pack in a bunch of subtle refinements, including a 7-inch OLED display, improved audio performance, and a better kickstand.

The red-and-blue version of the Nintendo Switch OLED may look the same as the original model, but it still features all the refinements found on the black-and-white version, including better audio, a 7-inch OLED display, and an improved kickstand that spans the entire length of the device.